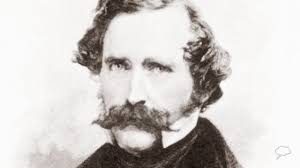 World Anesthesia Day is observed on the anniversary of the first use of ether anesthesia by American dentist William T. G. Morton on 16th October 1846. He demonstrated how inhaling of ether may be used for the painless dental treatment of his patients.

This ranks as one of the most significant events in the history of Medicine and took place at the Massachusetts General Hospital, home of the Harvard School of Medicine. The discovery made it possible for patients to obtain the benefits of surgical treatment without the pain associated with an operation. In our modern world, we are likely to forget the horrifying realities of surgery before anesthesia. Fanny Burney, famous 19th-century novelist recounts the mastectomy she endured with only a glass of wine for the pain, while seven males held her down.

General anesthesia is a state of unconsciousness induced by drugs, allowing surgery without pain. Early forms of anesthesia date back to prehistoric times in the form of opium. Inca Shamans used cocoa leaves to locally numb a site. However, the discovery of GA is attributed to three Americans: Physician Crawford Long and dentists Horace Wells and William Morton.

After Morton’s demonstrations, the use of anesthetics began to spread rapidly.  In 1847, Johann Friedrich, a pioneer in plastic surgery wrote, “The wonderful dream that pain has been taken away from us has become reality. Pain, the highest consciousness of our earthly existence, must now bow before the power of the human mind, before the power of ether vapor.” 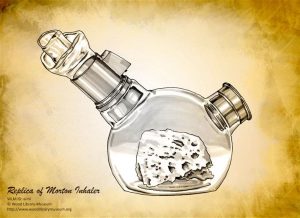